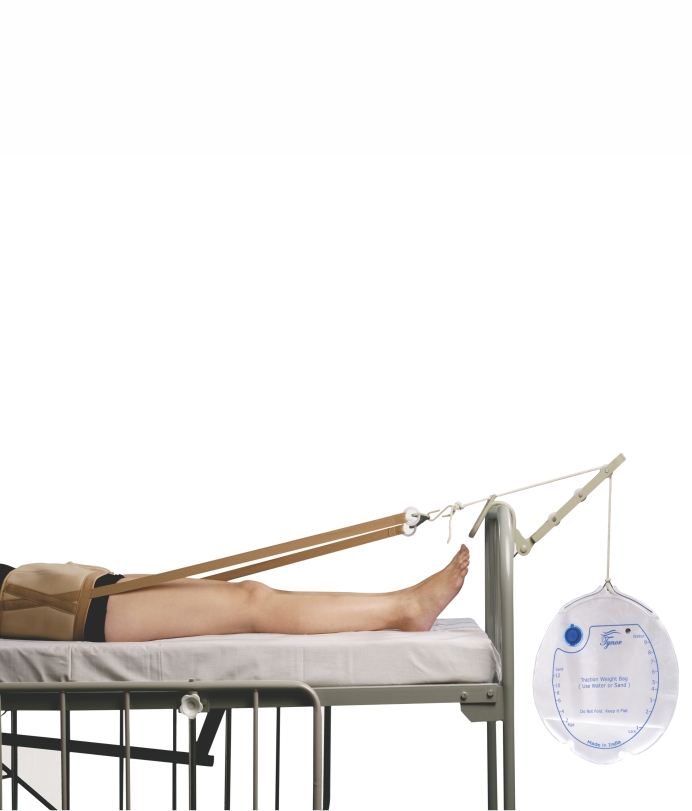 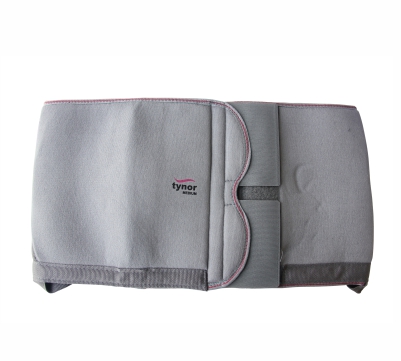 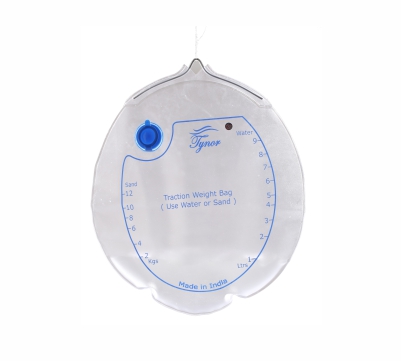 Pelvic Traction Kit is a traction system intended to apply uniform and controlled traction to the lumbar, sacral and thoracic areas of the vertebral column. Pelvic traction belt, like a halter holds the pelvic area. Pelvic traction belt through its straps on the two sides get attached to the spreader bar, traction pulley bracket and the weights.